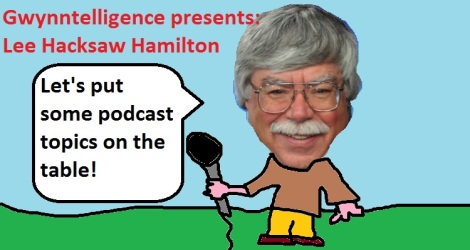 First, if you haven’t listened to the Gwynntelligence podcast interview with Hacksaw, I recommend you check it out here: https://gwynntelligence.com/2015/02/02/podcast-13-hacksaw-the-changing-landscape-of-media-2015-padres/.  It’s full of insight both in the sports media industry and with the Padres.

I’ll start this post by saying I’m a long time sports talk radio nerd.  I grew up listening to 760 KFMB just to hear snippets of Padres talk on shows like Hudson and Bauer and Stacey Taylor.  When XTRA 690 came around in the early 90’s offering around the clock sports talk, had I been physically capable of doing so at the time, I would have jizzed in my shorts from excitement.  This was truly the golden age of sports talk radio.  Keep in mind, 690 was the ONLY all sports option at the time.  It was doing things that had never been done before.  The sports landscape wasn’t watered down with 80 billion sports talk options like today’s 1090, 1360, ESPN Radio, Sporting News Radio, Fox Sports Radio, XM, Sirius, Internet coverage, podcasts, etc.  I will go to my grave saying the best lineup in history was 690’s Steve Mason, Loose Cannons midday, Lee Hacksaw Hamilton in drive time, and Jim Rome doing nights.  So knowing my reverence for that era, it’s no surprise that I buck the current trend found in the Twittersphere and blogosphere to hate on Hacksaw.  Not that I don’t understand the hate.  Hacksaw is a polarizing figure.  He came up in a different era of radio, his signature braggadocio can rub some the wrong way, and his format hasn’t changed since the late 80’s.  In the day and age of instant information at our fingertips, the need for Hacksaw’s headlines every hour is greatly decreased from the early 90’s, when I’d flip on Hacksaw after school to see if the Padres made any trades or signings.  So I get it.  In a lot of ways, Ted Leitner is very similar and very polarizing, but both men have left an indelible stamp on San Diego sports media.  Sometimes I don’t think Hacksaw gets the credit he deserves at cementing sports talk radio as a viable business, for representing San Diego teams as the play by play announcer (including the Super Bowl Chargers team), and for representing the community during difficult times (he was heartfelt and helpful during the Chelsea King affair which took place in his hometown of Rancho Bernardo).

So I had no idea how an interview with Hacksaw would go.  I didn’t know if he’d want to stick to his on-air schtick, only talk about serious coverage of the Padres, and if he’d be forthcoming with behind the scenes details of working in sports media (especially since he’s looking for a job, figured he wouldn’t want to step on toes).  In fact in our early communications, he’d offered up 10 minutes, which I countered with 30, and after the interview, we ended up with 75 minutes.  His e-mail communication is written in the same style as his tweets – stilted, short sentence fragments separated by periods.  It’s as if all communication with Hacksaw is coming right off the High Speed Sports Wire (TM).  But after some stops and starts, we finally settled on a time and place to meet up and pick Hacksaw’s brain.

I got to the Tavern and Bowl inside of the Escondido Westfield mall early to setup, get a beer, and wait for Hacksaw to show up.  Of course, ol’ primadonna Marver was going to be late, so I was a little nervous about having a bunch of one on one time with Hacksaw.  Would he judge me for being so pale after all of my time in my mother’s basement?  Would he demand that I SHOW HIM MY LIGHTNING BOLT?  After a short wait, out of the blue, there he is, wearing a Yankees sweatshirt but sporting his trademark Hacksaw hair and stache.  “Are you the guy?” he asks me as I quickly take a huge glug of Lagunitas IPA.  Ironically, these were the first words Jesse Agler ever said to me when I met him on the set of Padres Social Hour.  As we moved out to the patio where the loud Nickelback songs playing at Tavern and Bowl wouldn’t affect our recording as much, my nervousness melted away.  Hacksaw, who’s on-air personality is so huge, so macho, and so legendary, is really just a regular guy.  For a man with such a big personality, Hacksaw is a shorter guy, but its difficult to look at anything other than his exquisite mustache.  He chatted with me about some behind the scenes details of his last tour of duty at 1090, talked about the whole JD Hayworth episode, the Hacksaw and Friends era, while mixing in some classic Hacksaw confidence, noting that even in those dark days, he was still 8th in the ratings book, which for AM sports talk, is a great place to be.  When Marver FINALLY showed up, Hacksaw even asked us what we liked about sports talk radio, and what we didn’t like about Hacksaw.  We told him, mainly that Sileo is a hack who drives stories into the ground and talks about ACC football too much, Scott and BR are nearly unlistenable unless you want to hear Chargers talk year round, and as for Hacksaw’s show, we told him flat out that the Hacksaw’s Headlines segment was behind the times.  That I have access to headlines at all times anyways on my phone, and on top of that, the radio station has sports updates every 30 minutes with everything I need to know.  I honestly get the impression that if Hacksaw gets one more shot on San Diego sports radio, we’ll see a different format, but we’ll have to wait and see if that happens.  In some ways, it’s the San Diego way to slowly recycle personalities.  Dave and Jeff sat on the bench for a while, and then all of a sudden, there they are.  Steve Hartman disappeared to LA for a while, and there he is again.  Importing new talent has been disastrous: JD Hayworth, The Bleacher Bums, Jordan and Earl, Dan Sileo, etc.  In my opinion, it’s only a matter of time, for better or for worse, that Hacksaw will return to the airwaves.

As far as the interview goes, I highly recommend you listen to it.  Hacksaw definitely has some long winded self congratulating of his role in building Southern California sports talk, but he was also incredibly candid about the business.  He flat out tells us what the on-air personality’s concerns are with choosing to rock the boat or play it safe when it comes to criticizing the team your station has paid millions of dollars to broadcast.  He told us stories of pissing off Mike Dee.  While he may not be on the radio waves with a daily show, he is clearly still preparing everyday by researching and talking to contacts as if he will be on the air that day.  He was able to drop a ton of interesting nuggets regarding the Padres arm injuries, Corey Luebke, the Padres insider opinions on current players and players they’ve traded away, all delivered within the classic Hacksaw bluster that at least I’ve grown to love and appreciate.  I even asked him directly how he’d respond to his long time, polarizing presence here and how he’d respond to critics like Brady Phelps at Lobshots, and once again, he was very forthcoming.  He dodged zero questions, and told us every topic was available to put on the proverbial table.

The only real downside was a question regarding when bloggers would be taken seriously by the Padres enough to be issued credentials.  He dropped an unfortunate “mother’s basement” comment and seemed to not get my point that at this point, the varying quality of blogs drives the cream to the top, and website analytics are so easy to research and verify these days, it would be easy to separate the blog with 6 readers from the quality blogs producing good content attracting thousands of readers.

I don’t think Marver or I really knew what to expect when I suggested interviewing Hacksaw, but in the end, I think it’s 75 minutes of compelling talk with what I’ll go to my grave calling a San Diego media legend.

As a quick post script, I controversially believe there are 4 definitive voices of San Diego sports: Jerry Coleman obviously, Ted Leitner for his long time TV news, talk radio and Padres play by play coverage, Bob Chandler for his longtime work covering San Diego sports from its infancy, play by play of the Padres for decades, and up to the last few years still doing a great post game Padres show with Craig Elsten, and then Lee Hacksaw Hamilton for his work building San Diego sports talk radio and being a long time voice of the Chargers and Aztecs.  All 4 have stuck around so long, been a part of so many memories through play by play and talk radio, and have represented the community, not just the teams, that I think all four deserve our reverence.