After a thrilling series victory over the hated D-backs, the Padres FINALLY come home to crush the Reds.  I don’t have any strong feelings against the Reds but I do hope the Padres eviscerate them and then defecate on their lifeless bodies.  Go Padres!

Pitching for the Reds tonight is noted felon Mike Leake who enjoys shoplifting in his spare time.  The Padres Jagoff team caught him in the act in quite possibly the masterwork of my dick drawing career.  Also, lets hope for a win, but as a consolation if the Padres are losing, I drew an updated Rally Unicorn to be deployed against the dumb Reds. 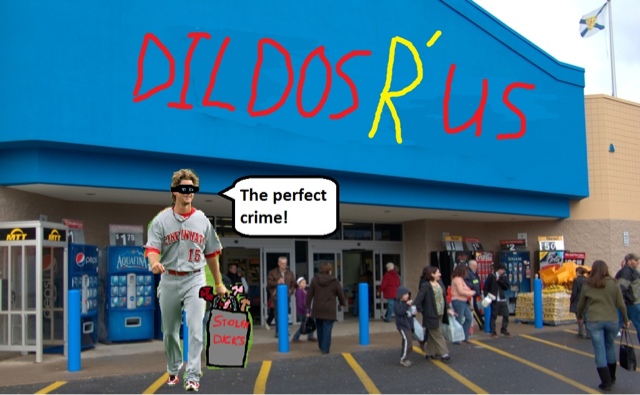