After last nights incredibly boring loss to the stupid fartface Pirates, I was at least able to revel in the fact that it was quick and under three hours.  The worst games are the ones where it’s cold and  the Padres have no offense and certain slow pitchers are starting (cough, Edinson Volquez, cough).

Tonight the Padres go against hated pitcher and noted puppy hater AJ Burnett.  AJ was responsible for the least dominating no hitter in history versus the Padres to be quickly followed that season by the second most underwhelming no hitter by the Cardinals Bud Smith.  Let’s hope for more underwhelmingness and less no-hitting.  Unless its no-hitting by Tyson Ross.  Then it’s OK.
Here’s AJ Burnett enjoying a nice dong: 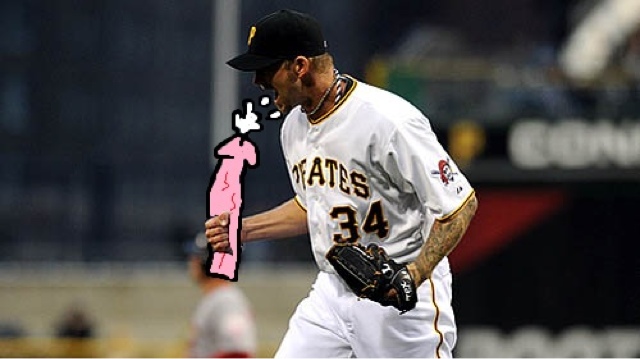