Opening day at Petco Park is always one of the most exciting days of the season. Not only is the place sold out, but the crowd is always super into the game, a little boozed up, and the atmosphere is usually electric. Tuesday’s opening day was particularly excellent due to the Padres breaking form and winning… no… CRUSHING the stupid Dodgers. Sure Clayton Richard threw 100 pitches in innings and looked anything from dominant. Sure Carlos Quentin got hit by a pitch and had to leave the game like a little baby due to a bruise. But the Padres’ bats came alive in the new era of shorter Petco fences.

Speaking of new stuff at Petco, as a season ticketholder, I know I will be at Petco about 35 times this season. Obviously, opening day is a blast, but sometimes those April night games when it’s chilly outside, offense is curtailed by the sea air, and the Padres aren’t playing well, it’s nice to know there are some features at the Park that make the game more palatable. That’s why I’m always so eager to see what new foods and beverages are being added to the Petco roster. I even nagged Tom Garfinkel about this with a question at the Season Ticketholder meeting earlier this year. Here’s what I think about the changes at Petco:

HIGHER BEER PRICES – This was not announced beforehand by the Padres, nor have I seen it mentioned by any of the other Padres blogs or Twitters. The craft beer 24 ouncers are now $10.75, up 7.5% from last season. Since I am not a total pansy, I’ve never ordered the smaller size and am thus not sure what they cost last season, and whether there’s a price increase this season. 75 cents doesn’t seem like a huge increase, but multiplied out to the literally hundreds of beers that will be consumed this season, it adds up.

BALLAST POINT BEER GARDEN – I don’t think anything was met by more excitement than the new Ballast Point Beer Garden. Short review: it’s better than what we had there before, but I couldn’t help but feel underwhelmed by what was being offered here. Located behind the left field stands, the beer garden offers picnic tables, a dedicated food stand and an expanded offering of Ballast Point brews. Finally, Sculpin at the park! Unfortunately, besides Sculpin, I didn’t feel like the new additions were really that big a difference from last season. Ballast Point had always been available in the craft beer plaza behind home plate with various offerings including Wahoo Wheat, Pale Ale and Big Eye IPA. The plaza itself is cool, and was
definitely packed, but it would be much cooler if they’d convert the Budweiser Patio into the Ballast Point Beer Garden so you can actually see the game. Nothing against the Budweiser Patio, other than the terrible swill they are serving, but Ballast Point’s beer garden is
going to pull in way more people. Pricing on the cans was very high, and there is really no reason not to just get the 20 oz. Sculpin for a couple bucks more. Considering Sculpin can run 6-8 bucks at some bars, the $10.75 (the new large craft beer price) for 20 oz. isn’t too bad. A welcome addition for sure, but deserving of more prime real estate (can we get rid of the Kona Longboard lounge in LF and replace it with a San Diego connected brewer?!).

EL PUEBLO – As was reported here on Padres Jagoff, Cardiff’s El Pueblo taco shop is taking over for Cardiff’s Bull Taco this season. Unfortunately, their debut was incredibly underwhelming. Their slot
in the Mercado has no signage yet, and the only thing offered on their menu are carnitas and chicken burritos. Very disappointing. All I want is for San Diego’s cuisine to be represented at the park. To me, that is California burritos and fish tacos. Garfinkel, get on this.
To be fair, it might be the regular Padres food contractor doling out mediocre burritos until El Pueblo can properly take over. Who knows. All I know is this stuff should be taken care of BEFORE the season, not during. Bush league.

CRAFT BEER PLAZA – The craft beer plaza should be the crown jewel of the Petco food and beverage operations. As I mentioned to Tom Garfinkel during my question at the Season Ticket Holder meeting, it’s outrageous that the Padres keep forcing out of state breweries like
Widmer and Kona (same company) on us when there is a pleothara of San Diego breweries. How about a rotating brewery stand that changes every homestand? The Padres toyed with this late last season, positioning a cart at some games next to the stairs up from the Lolita’s gate. This was serving two different Manzanita brews, which were fantastic. The Ballast Point Beer Garden is a good addition to
the Petco craft beer ecosystem, but only adds a couple new beers to the total selection. The beers on offer in the craft beer plaza are exactly the same as last season. Some new variety would be nice and less Oregon and “Hawaiian” beers would be welcome.

Other than these, I wasn’t able to check out the new whiskey deck in RF, although I don’t anticipate it adding much other than additional group seating. The game experience was great, and the staff both at the food/drink stands and ushers were great as always. As I’ve mentioned before, it would be nice if the non-existent “members vote” involved some input into a rotating craft beer stand or a rotating
food stand, either of which would be serving some San Diego produced products. 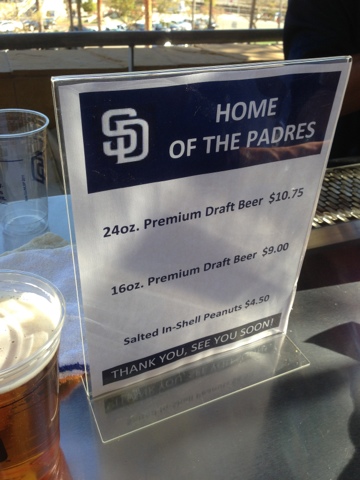 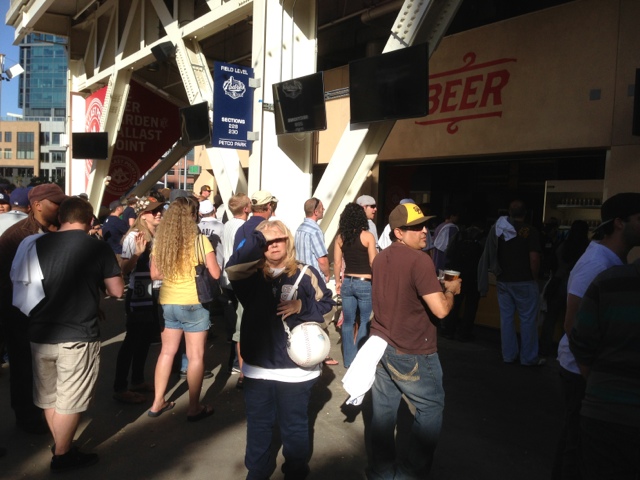 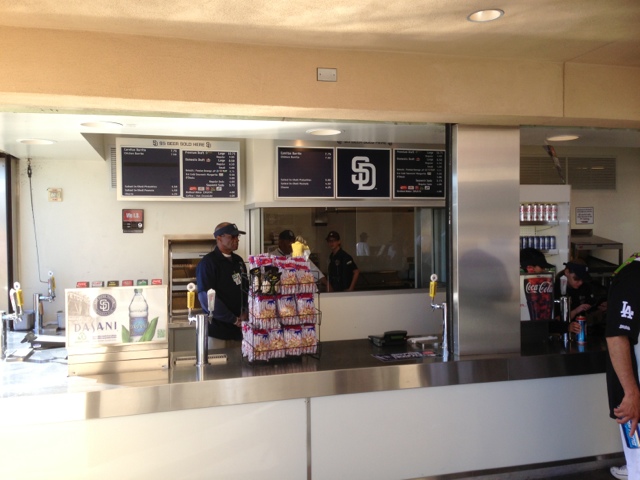