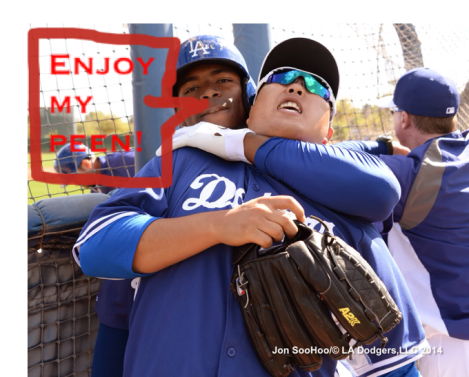 Padres baseball can still be fun. It should be noted that the 1st half of the season was not fun to watch. Not at all. I went to the Tuesday night game vs the Rockies and felt a weird feeling I hadn’t felt since the first weeks of the season before everything went wrong: excitement as I walked through the turnstiles. As I noted on the Gwynntelligence podcast, the Padres had a minuscule chance at a wild card spot, even with the recent hot streak. But the team is playing exciting baseball, and more importantly, as a fan, it’s nice to think that if the team is losing in the 7th, that they could just maybe come back and win. This feeling was totally absent during the great offensive drought of 2014. It’s also nice to see players excelling that are part of the long term plans: Gyorko, Hahn, Ross. It’s also fun to see some players trying to show they may belong on the 2015 club: Solarte, Almonte, maybe Despaigne depending on if he’s playing the Cardinals. I saw this 4 game series vs the Cardinals as absolutely critical for continuing any playoff talk, and obviously that didn’t work out (THANKS UMPIRES). Even with that disappointment, the couple weeks of good baseball was enough to keep me excited through September.

While I’ve been down on the team and it’s management, it’s no denying that all we need as fans is hope. And a little offense. That always helps.

One response to “A Little Hope Goes A Long Way”